Webinar: Dissidents and Human Rights behind the Iron Curtain

On 22 February(6.00 PM WET | 7PM CET | 8 PM EET), the NOWALL partners will be promoting the webinar “Dissidents and Human Rights behind the Iron Curtain: Dissidents in the East Germany and in the Soviet Union Partners”.

Although freedom was the main political postulate of the opposition movements in Central and Eastern Europe the activities of opposition movements in the countries of the Eastern bloc differed in such factors like its current political or economic situation or a different ideological tradition. The webinar aims to present and debate the differences in how citizens were opposing the communist regimes in East Germany and the Soviet bloc countries.

In the debate, NOWALL partners will be hosting:

Norman M. Naimark (University of Stanford) – “Comparison of dissidents in the GDR and the Soviet Union”

Douglas Selvage (Humboldt University Berlin) – “Why were dissidents in the Soviet Union and East Germany not partners?”

The debate will be hosted by Aryo Makko, Professor of History, Director of the Hans Blix Centre at Stockholm University 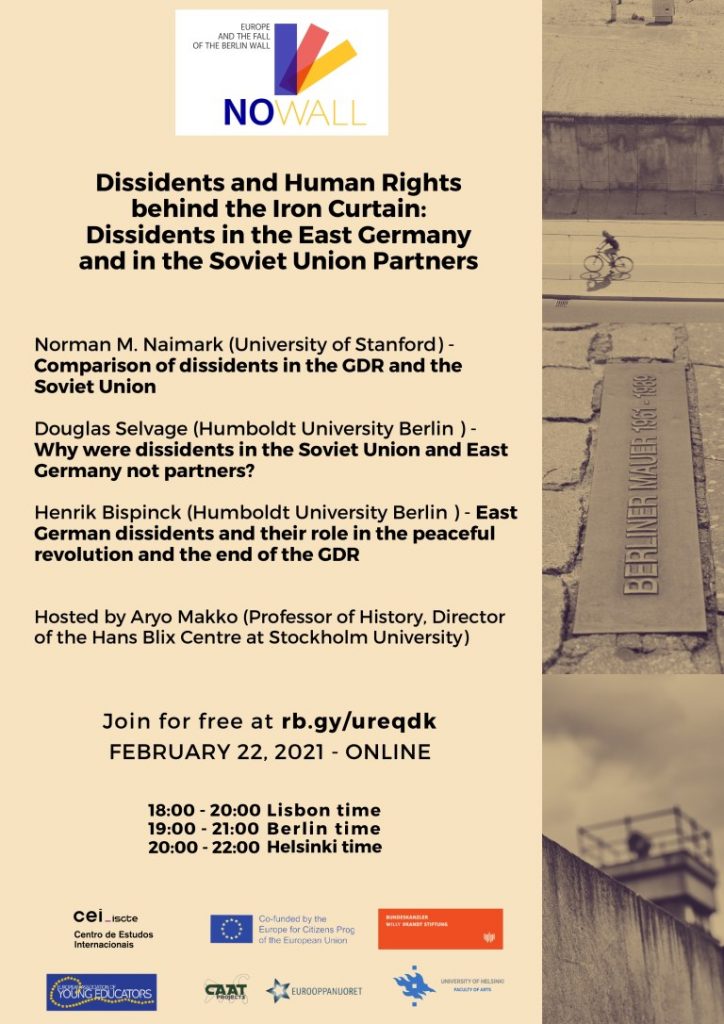