The dynamics of the Dutch and French slave trade on Madagascar in the 17th-18th century: some comparisons

The dynamics of the Dutch and French slave trade on Madagascar in the 17th-18th century: some comparisons

Even though very different from each other, some aspects of the Atlantic slave trade are retrieved in the Indian Ocean, especially concening Madagascar. This island witnessed hundreds of slaving expeditions during the 17th and 18th centuries, especially – but not exclusively – for the Dutch Cape Colony and the French Mascarenes. Both of these colonies are unique in the Indian Ocean because they show similarities to the Caribbean plantations islands and relied heavily on slaves for their labor-intense agriculture. For them, Madagascar was the closest and most affordable source of slaves in the region.

In this presentation a comparison between the Dutch and the French slave trade will be offered, focusing on the entire journey a slave ship does: from departure till arrival, with special attention to the interaction between the Europeans and the Malagasy. These commercial negotiations can teach us a lot of the social dynamics of slavery on Madagascar and are essential to understand the differences between the Dutch and the French slaving operations. 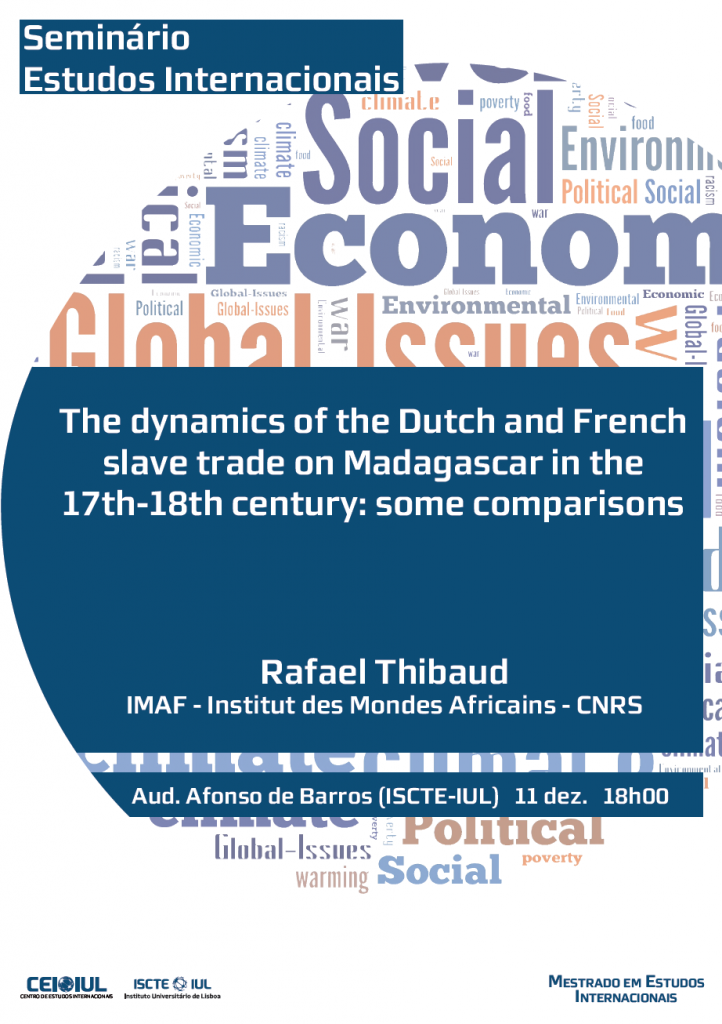